Trish Haggerty
at
The Mortgage Network

I Deliver A Superior Lending Experience

At The Mortgage Network I deliver the absolute best lending experience through knowledge, communication and care. My mission supports the growth and strength of our communities and provides a pathway to the dream of home ownership.

My passion is to provide homeowners and future homeowners a variety of home financing options at competitive rates, thus fulfilling their needs in a manner that enhances their standard of living, realizing the American Dream.

My team believes in our goal of greatness, which allows us to standout from any competition, and provide a joyous outcome for our borrowers. 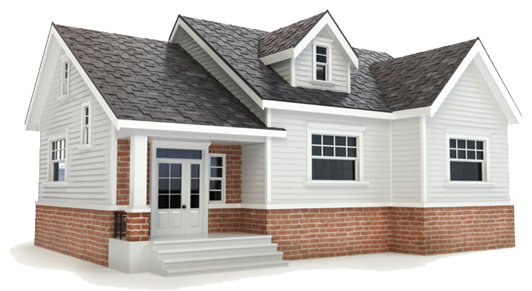 Today brought the release of the two biggest home price indices (HPIs) for the month of July from S&P Case-Shiller and FHFA.  Both HPIs showed a marked deceleration in home price appreciation in June with Case Shiller up only 0.2% and FHFA up 0.1%.  Both moved into negative territory in July with Case Shiller down 0.4% and FHFA down 0.6%. The notion of falling home prices is potentially troubling to those who lived though the Great Financial Crisis (GFC) in 2008.  But while the present day price contraction has yet to fully play out, there are still significant differences from 2008.  In fact, even if the FHFA price index (the broader of the two) dropped by roughly 20% as it did by the end of 2008, it would merely take year-over-year numbers back to flat. While "flat" year-over-year home price appreciation doesn't sound so bad (and probably wouldn't be so bad in the big picture), getting there from here wouldn't be fun in terms of home equity dollars.  In 2008, a 20% decline was around 50k for the average home.  Now it would be 80k.  Someone who bought a 500k home near the peak could own a 400k home if a 20% correction plays out. But that is far from a certainty at this point--especially with persistent inventory issues becoming worse in the past 2 weeks as sellers balk at the idea of leaving their existing mortgage rate for something more than twice as high.  All this in addition to the fact that mortgage/housing markets have been operating in an infinitely more sustainable way than in the years leading up to the GFC.  The biggest issue/problem was an external one (pandemic and the associated fallout on the housing supply chain) and its worst offense was causing prices to appreciate too quickly.

Seven straight months of slowing sales has reduced existing home transactions by nearly 20 percent from the same point in 2021. The National Association of Realtors® (NAR) said on Wednesday that August sales of preowned single-family houses, townhouses, condominiums, and cooperative apartments were at a seasonally adjusted annual rate of 4.80 million units. This is a decline of 0.4 percent from July and is 19.9 percent lower than the August 2021 pace. There is a bright spot; the size of the August decline, Over the previous three months, existing home sales had fallen an average of 4.7 percent. Sales were also slightly higher than anticipated. Analysts polled by both Econoday and Trading Economics had forecasted sales at 4.7 million Single-family home sales were down 0.9 percent to a seasonally adjusted annual rate of 4.28 million, 19.2 percent below the level a year earlier. Existing condominium and co-op sales were up 4.0 percent compared to July, but 24.6 percent lower year-over-year. [existinghomesdata] “The housing sector is the most sensitive to and experiences the most immediate impacts from the Federal Reserve’s interest rate policy changes,” said NAR Chief Economist Lawrence Yun. “The softness in home sales reflects this year’s escalating mortgage rates. Nonetheless, homeowners are doing well with near nonexistent distressed property sales and home prices still higher than a year ago.” August marked the 126th month of year-over-year price increases, the longest-running streak on record. Price gains, however, are clearly moderating from the record high median of $413,800 posted in June. The median price for existing units of all types rose 7.7 percent year-over-year in August, to $389,500. During the first few months of this year, rate gains exceeded 15 percent. The median existing single-family home price was $396,300, up an annual 7.6 percent. The median existing condo price was $333,700, a markup of 7.8 percent.

Mortgage application activity increased for the first time in six weeks during the period ended September 16 although the prior week had been shortened by a major holiday weekend. The Mortgage Bankers Association said its Market Composite Index, a measure of mortgage loan application volume, increased 3.8 percent on a seasonally adjusted basis from one week earlier. On an unadjusted basis, the Index increased 14 percent compared with the previous week. The Refinance Index jumped 10 percent, its largest single week gain since late January, but was still 83 percent lower than the same week one year ago. Refinance applications represented 32.5 percent of total activity, up from 30.2 percent the previous week. [refiappschart] The seasonally adjusted Purchase Index was up slightly for the second week, rising 1 percent. The unadjusted version was 11 percent higher on a weekly basis but was down 30 percent on an annual basis. [purchaseappschart] Joel Kan, MBA’s Associate Vice President of Economic and Industry Forecasting commented, “Treasury yields continued to climb higher last week in anticipation of the Federal Reserve’s September meeting, where it is expected that they will announce – in their efforts to slow inflation – another sizable short-term rate hike. “Mortgage rates followed suit last week, increasing across the board, with the 30-year fixed rate jumping 24 basis points to 6.25 percent – the highest since October 2008. As with the swings in rates and other uncertainties around the housing market and broader economy, mortgage applications increased for the first time in six weeks but remained well below last year’s levels, with purchase applications 30 percent lower and refinance activity down 83 percent. The weekly gain in applications, despite higher rates, underscores the overall volatility right now as well as Labor Day-adjusted results the prior week.”